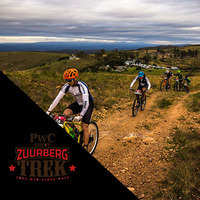 The PwC Great Zuurberg Trek is a boutique mountain bike stage race that explores the heart of the world-renowned Addo region of the Eastern Cape.

Traversing five of the province’s seven biomes, the three-day 200km ride epitomises true mountain biking with a unashamedly luxurious twist. This is where the soul finds freedom, wild elephants roam and the scent of citrus blossoms fills the air.

All three stages start and finish at the luxurious Zuurberg Mountain Village at the top of the historic Zuurberg Pass, which offers breathtaking views of  the Addo Elephant National Park and surrounds.

As you start your PwC Great Zuurberg Trek north of the Zuurberg Mountain Inn you’ll be retracing the ox-wagon tracks of the Voortrekkers.

You’ll head off the beaten track after 10km and make your way down Seven Dwarfs Drop while enjoying spectacular views as you ride into Otters Valley.

You’ll continue to follow the Wit River for 7km and then tackle the first big climb of the day to the first waterpoint, hosted by Fast + Furious and Engeli, at the top of Monti’s Hill.

A fast descent then a short climb will present you with views over the Slagboom Dam to your left.

From here you have about 15km of pedalling over undulating terrain along the Slaboom Road and through Enon.

At the 45km mark you’ll be welcomed by Nutritech at the second waterpoint of the day.

You’re now in the heart of the Sundays River Valley surrounded by citrus orchards to keep you company over the next 10km.

After a short stretch through Intsomi Reserve you’ll be in Hayterdale territory where you’ll get a small sample of the singletrack that awaits on stage three.

Your final waterpoint (hosted by PwC) is at Hayterdale Trails at the start of the Zuurberg Pass.

From here there is only 10km to go but it’s all uphill, so put your head down and pedal.

The first 10km of stage two will look familiar as you would have already conquered it on the previous day.

Enjoy the original road that would take you north up to waterpoint one, which is hosted by PwC.

A long steady 8km climb out of the valley takes you to the second waterpoint, hosted by Fast + Furious and Engeli.

As the route heads west over the Karoo Koppies you’ll be riding along the escarpment with spectacular views of the Indian Ocean to your left and the Karoo to your right.

Your next challenge is White Knuckle Downhill, where the Zuurberg Mountain Range spits you out into the relatively flat Karoo tracks where the Nutritech waterpoint is sure to be a welcome sight.

Enjoy the next 15km of “rest and recovery” through the undulating Karoo terrain before turning south, towards the finish.

Passing Ann’s Villa signals that you’re almost halfway up the 400m ascent back into the Zuurberg Mountains.

At the top you’ll be greeted again by the friendly folk from Fast + Furious and Engeli.

This is your fourth and penultimate waterpoint and it would be a good idea to refuel and gather your wits as another daunting decent awaits.

Gowars Gauntlet sees you dropping 360m in just over 3km into Addo Elephant Back Safaris once again, followed by the PwC waterpoint.

Your last climb of the day is a 200m ascent over 4km and then you’re almost home free, with 8km of mostly downhill to the finish line.

Stage three gets the legs working as it starts with a short, steep climb of 1km and 50m elevation gain which should see the field spread out.

The climb goes up the hill behind the hotel and then sends you back through the hotel grounds and under the start/finish gantry.

Before you know it you’re into the singletrack and it’s here where the fun begins.

Fast + Furious Roller Coaster now awaits you. You’ll encounter 5km of single and jeep track along the side of the Zuurberg mountains down towards Hayterdale.

It is followed by a short, abrupt climb out of the valley and then a very fast and furious downhill before tackling some 2km of the Hayterdale XCO tracks.

The next climb at the 10km mark is a steep switchbacked singletrack where you need to focus to keep your traction and hold your line.

From here you’ll have a bit of a break from the singletrack as you navigate 6km of meandering jeeptracks through somewhat flatter terrain.

Once you’d conquered all of this you’ll find reward in the form of the first waterpoint, hosted by Nutritech, at the 17km mark.

Crossing over the gravel road and straight back into singletrack sees you starting the next major climb towards Zorr’s Rollercoaster, a winding contour path through bush tunnels with views over the Sundays River Valley to your left.

The rollercoaster is followed by a “never-ending downhill” which will give you a chance to recover before rolling into waterpoint two, hosted by Fast + Furious and Engeli.

Refuel and then use the next 5km of easy riding to mentally prepare for singletrack heaven.

The Gorge, Corkscrew, Rabbit Hole & Trevor’s Surprise will ensure that you arrive at the final PwC waterpoint with a big smile on your face.

Here you’ll feel better knowing there’s only one more obstacle standing between you and the finish line – the Zuurberg Pass. 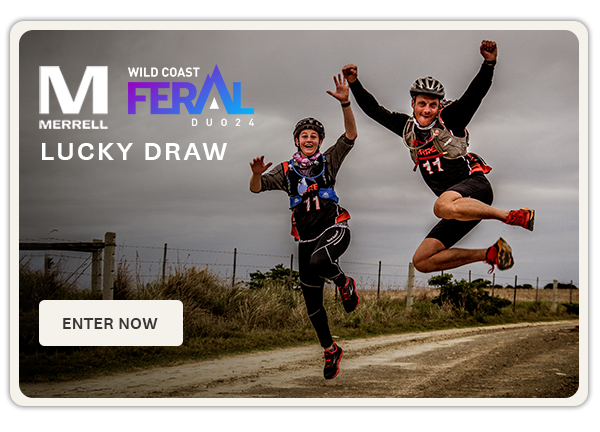