Free Delivery Returns on All Orders

Martial Arts for Self Defence 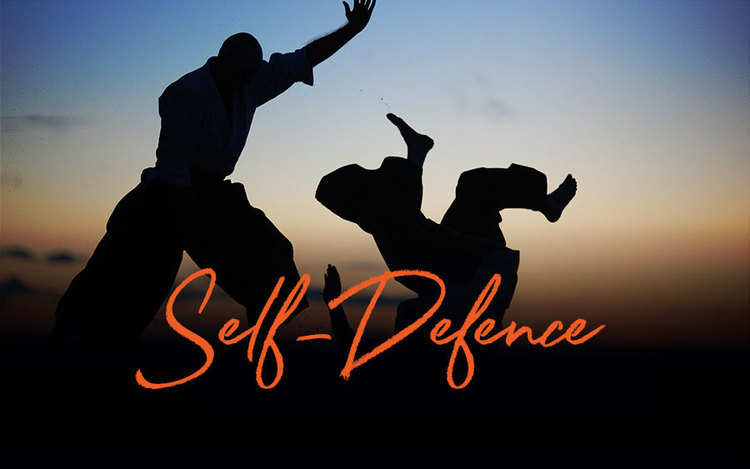 Perhaps we mistakenly put self-defence in the same box as the dentist. We know we need it, but get complacent and think we can get by… Until we’re sitting in the dentist’s chair for an emergency root canal after Taco Tuesday. You get the picture.

But the biggest difference in this comparison is that martial arts for self-defence can be extremely fun to learn, adds to your endorphin count, and is also immensely rewarding. Being armed with such skills will result in your fitness levels and self-confidence improving greatly.

Most self-defence courses are aimed at women, and with good reason when you consider the physical differences between most women and their attackers. That’s where martial arts come in, as it is useful to men and women alike, and minimises the effects of physical differences by implementing tried-and-tested techniques to give you the advantage in an encounter.

So if you’re convinced and all that’s left is to choose the right martial arts form for your self-defence training, have a look at our list below. Trust us, everyone was not, in fact, Kung Fu fighting.

Who wouldn’t want to learn the same form of martial arts in which the brilliant Bruce Lee was trained?

Wing Chun is believed to have been developed by a Buddhist nun named Ng Mui and it is great for close-range encounters. She also developed it to be extremely effective for self-defence regardless of your size, weight or gender.

The movements of Wing Chun are based on those of 5 specific animals (tiger, leopard, white crane, dragon and snake), each representing one of the 5 Chinese elements (fire, metal, wood, earth and water). When these are applied to the human form, the delicate movements require little force to block and strike effectively and efficiently.

See this inspiring clip from a movie about Ng Mui and her first student. Watch it now.

This ancient Japanese martial arts form was created for unarmed samurais in battle to aid them in protecting themselves against armed or armoured opponents.

Don’t be fooled by its nickname – ‘the art of softness’. Jujitsu uses your opponent’s aggressiveness against them by redirecting their energy and momentum. Although this means that the form’s foundations have rather defensive intentions, you can also redirect the attack to set up a counterattack, should you need to keep your attacker down just long enough to run away.

The major focus areas of this martial art are throws and joint locks, which are used in combination. Other great self-defence options which are derived from Jujitsu include Brazilian Jujitsu, Judo and Aikido.

Watch this demonstration to see how energy and momentum can be redirected so seamlessly through Jujitsu.

Easy to picture with its traditional white uniform and various belts, Karate is one of the most well-known forms of martial arts.

With the Karate Kid and Mr Myagi in mind, this will always be an attractive option, but it has certainly earned its place as a solid system. The syllabus includes kicks, punches, blocks and grappling, and can seriously enhance your fitness levels, too.

Translated to English, the name means ‘empty hand’, and technique is a top priority with this martial art. To use it for self-defence, it is recommended that you see the basics as the most important aspect. If you can master the fundamentals of Karate (stances, blocks, kicks, punches, hand strikes, etc.) and practise them consistently, you will be able to make the most of it when faced with situations that requires self-defence.

Although Karate and Kung Fu are not the same, this scene from Karate Kid (2010) captures the rewards of mastering the basics perfectly.

No self-defence list is complete without a mention of Krav Maga, also known as ‘the art of staying alive’. As the official self-defence system of the Israeli Defence Force, you don’t need to ask why.

Krav Maga may combine moves from various other martial arts styles (including Wing Chun, Karate, Brazilian Jujitsu and Western Boxing) but it is unique in its overriding principles and techniques which were designed to be simple to execute. It is a great form for women especially.

The primary aim is to quickly neutralise threats and to do this, you simultaneously defend and attack, targeting the body’s vulnerabilities (eyes, face, throat, neck, groin and fingers). Some call martial art dirty because of this, but in a matter of life and death, Krav Maga prioritises survival over fair play.

See this montage of how Krav Maga can be used in real life situations for self-defence. Learn more here.

Our Trailblazer, Luthando ‘Shorty’ Biko accompanied his friend to a Brazilian Jiu-jitsu session a few years ago. He fell so in love with it that he became a mixed martial arts (MMA) fighter who now holds titles and ranks such as Judo Blackbelt, Multiple SA Champ, Commonwealth Judo Champion, and IMMAF African Champ 2016.

Ready to equip yourself with the tools to defend you and your family while learning a new skillset? Dress the part with the best in activewear apparel and shoes from Merrell.